IS A VENUE FOR PUBLISHING THE HIGHEST QUALITY

Go directly to the list of publications. [The first 4 publications of the history are free]
AUTHORS | COPYRIGHT

In the past 60 years, taphonomy has come into its own, growing from a little known subdiscipline of paleontology to a fully-fledged discipline, with full-time practitioners. The multitude of current researchers in taphonomy specialize in its application in studies concerned with widely divergent geological time periods and in a variety of fields -from paleontology, geology, archaeology, paleobotany, paleoecology, paleoentomology and even forensics. Some taphonomists focus strictly on the study of biostratinomic processes, while others concentrate on processes that occur in the diagenetic phase. Much work centers around the actualistic study of modern processes by observation and simulation, and its application to problems encountered in the fossil record.

Results of this varied research are sometimes published together, as separate chapters, in books with taphonomic themes-but, more often, they appear spread across journals with disparate audiences. We believe that many taphonomists would benefit from more regular exposure to articles that might be outside their specific field of study, but that are still taphonomic in nature. Thus, the Journal of Taphonomy is proposed as a venue for publishing the highest quality, data-rich articles on taphonomic research, in all its diversity -from the analysis of burial processes affecting micro-organisms to the study of processes conditioning the modification and preservation of macro-organisms in natural and/or human-created settings. The stated goal of the Journal of Taphonomy is to facilitate the academic diffusion of the discipline that is basic to the interpretation of past systems of biotic interaction.

Acceptable papers will generally follow a hypothesis-contrasting scientific approach, with shorter, observational contributions considered. In addition, occasional special issues focused on a particular topic of interest and perhaps with a guest editor will be considered after submission of a formal proposal to the co-editors. Our Scientific Board (Assistant Editors), made up of some of the most prominent specialists in their fields of study, guarantees the high quality of the journal.

IN THE SECTION ORDER, OF THE MENU, YOU CAN SEE THE RATES AND THE ACCESS METHOD.

The downloadable files are in PDF format.

If you need a PDF file reader, you can access the official Adobe Acrobat Reader site from here. 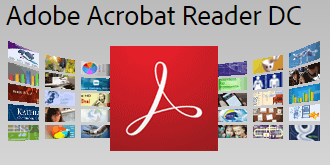 To be up to date!